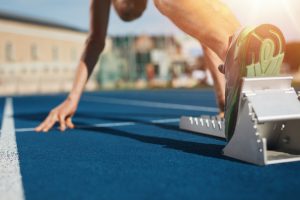 In the history of neonatology, when exactly did feeding become a competitive sport?

“I got her to take all 60mls every feeding last night, but I’m not sure how she’ll do for you.”

“Oh, let Jennifer feed him. She can feed a rock!”

You won’t find this written in any policy or procedure: “Make the infant take the last 8mls of a feeding even though he’s completely asleep and disengaged.” But it happens. Every day.

No one tells you that you’ll be heralded as a great nurse or therapist if you can ‘get’ an infant to take more volume than the last caregiver did. But you will be. We like to tell ourselves feeding practice has changed. It’s cue based after all. And in some cases, that’s true.

In most cases, however, the feeding policy changes on the outside while the old culture remains. The competitive culture. A culture that serves no one, least of all, the infant. A culture that is often times not safe for the infant. It erodes the very changes you’ve already implemented.

Practicing in our own units and years of consulting brought us inside the fray. Inside that culture of feeding.

During live seminars, we occasionally show a video that’s available online via Feeding Matters. In this video a former NICU mom explains the significant feeding problems her son had and with which he continues to struggle. The video shows her son still gagging throughout his repeated attempts to eat. The mother is in tears, burdened by the fact that “she didn’t (initially) listen to her baby’s cues.” There is never a dry eye in the room. The staff watching the video say they had no idea what some parents were dealing with regarding long-term feeding issues nor what they, as NICU staff, could do to positively affect those outcomes.

The first mistake is perpetuating a culture of feeding that not only doesn’t serve its patients but, in fact, can lead to decreased safety, aspiration, and long-term sensory-based feeding problems.

Yes, we need awareness, permission, unit-wide education, and support to let go of that old competition. We also need to understand there’s no shame in being where we are. We do what we think is best until we know better.

The second mistake is thinking that we, as NICU professionals, aren’t ready for change.